THE TENNIS CONVERSATION: RAJEEV RAM AND HIS PATH TO DOUBLES NO. 1 AT THE AGE OF 38

Take the current state of men’s tennis. Following his US Open victory, 19-year-old Carlos Alcaraz became the youngest world No. 1 in ATP Tour history. Three weeks later, 38-year-old Rajeev Ram climbed to the top of the ATP doubles rankings—the oldest first-time No. 1 in the tour’s history.

For Ram, entering uncharted territory has often come at his own pace, one he’s learned to embrace. At 25, he won his first of two Newport singles crowns. On his 33rd birthday, he celebrated his first Masters 1000 title in doubles at Indian Wells. His first major, the 2020 Australian Open mixed doubles crown, arrived at 34. A year later In Melbourne, Ram tasted victory in a major men’s doubles draw for the first time. The American’s first of two successive triumphs at his home Slam with Joe Salisbury came at the age of 37. 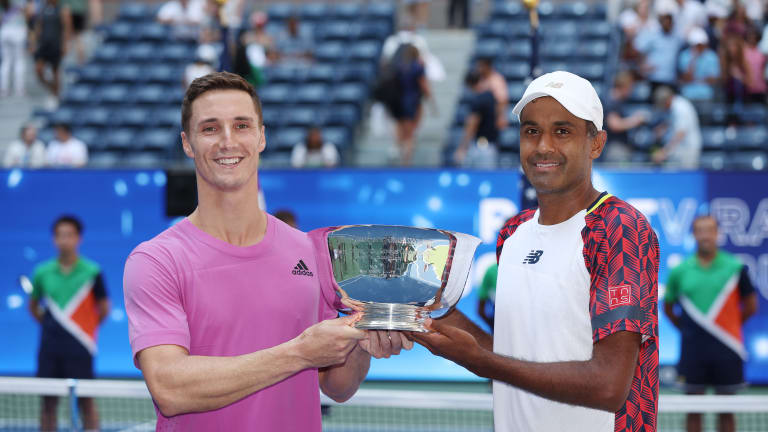